As well as skiffing, the Thames Valley Skiff Club also takes part in the traditional sport of punting. A punt is a flat-bottomed boat with square-cut bow and stern, designed for use in small rivers or other shallow water. The punter propels the punt by pushing against the river bed with a pole. Punts were originally built as cargo boats or platforms for fowling and angling, but in modern times their use is almost exclusively confined to leisure and sporting use.

Our Punts
The punts we have at The Valley are racing craft, varying from one to two foot wide and often over thirty feet long.
Punting combines a good deal of fitness, strength, technique and balance – generally it takes place in the warmer months of the year.

Punt Racing
Punt race courses are normally 880 yards or 800 m. Races are always one punter against another racing side by side; some may follow a handicap format where one competitor receives a head start over the other dependent upon race experience and previous successes.
Alongside skiff racing, punt racing has been a part of summer regattas along the Thames since the early 1890s. Competitons have been held at Sunbury, Chertsey, Walton, Wraysbury, Thames Ditton, Wargrave & Shiplake,and Teddington, where there are punting ledges. The annual Thames Punting Championships are held at Maidenhead.

Like skiffing, there is a race entry fee per category, (approx. £5-10) which is charged to cover the costs of running the event.

Unlike skiffing, we don’t run formal learn to punt courses, but do run informal and ad hoc sesions for club members on occasional warm summer’s evenings. If you’d like to come down to the club, watch and chat to experienced punters, please email with the word PUNTING in the title. Keep me informed 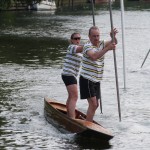 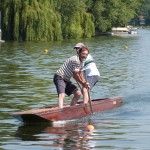 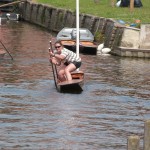 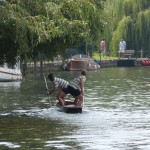 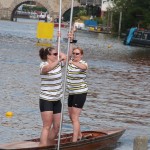 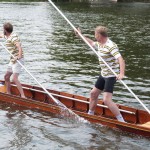 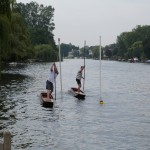 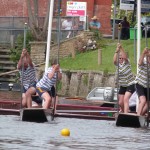 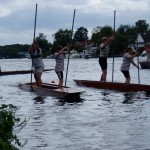 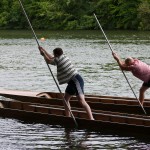 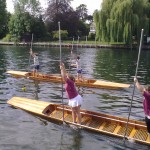 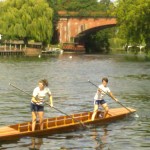 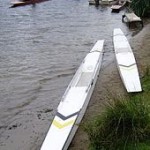 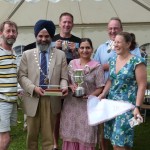